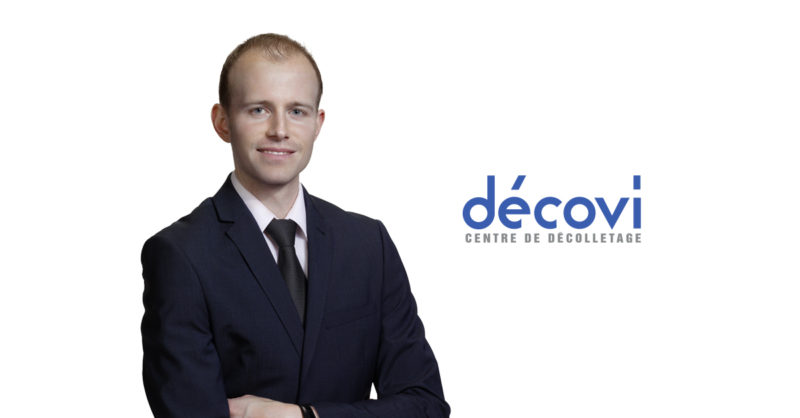 Cédric Chèvre trained in the technical field and completed a degree in mechanical engineering. He gained his first professional experience in 2010 in engineering—more precisely in machine tools, in the Jura region. In 2014, he started an MBA (at evening classes) specialising in business management, and he graduated in 2017. This training gave him a solid background in management.

In 2016, he joined Décovi SA, the family business founded by his grandfather in 1947 and subsequently managed by his father, Claude Chèvre. When Cédric started with the company, he took over the responsibility of the oscillating weights sector. A few months later, after a structural reorganisation within the company, he was given the position of production manager, a post he still holds today. In recent years, he has assisted the company’s growth with great enthusiasm, surrounded by a team of high-performing professionals.

On 1st January 2021, he was appointed deputy director, a role he has undertaken in addition to his regular duties.

Find more news about Décovi and Cédric on his LinkedIn account