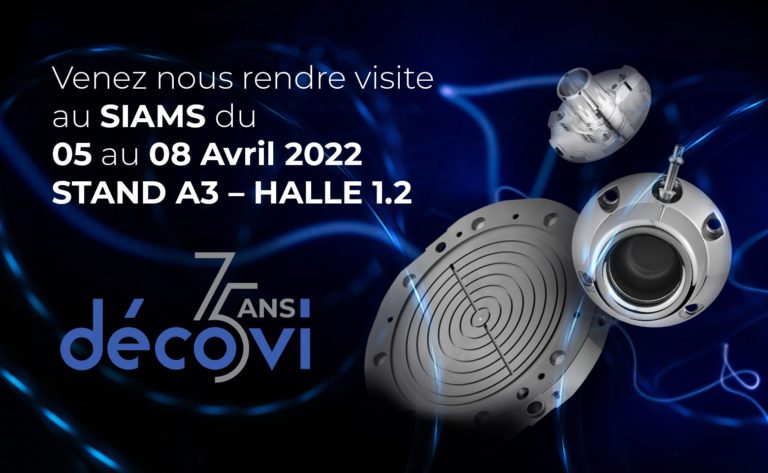 Everyone knows Décovi’s attachment and rootedness in its Jura territory. The twenty kilometers that separate Moutier, host of Siams, from Vicques or the headquarters of the Acrotec Group of which it is a part, are an element of geographical and operational proximity which justifies its presence and those of its six sister companies from the Jura region.

Decovi celebrates its 75th anniversary by celebrating growth that allows it for the first time in its history to exceed one hundred employees under the leadership of its new co-CEO, Cédric Chèvre, representing the third generation of the founding family.

We will find at our side STS Develier, whose skills in surface treatments are known to everyone and who has just made the news by winning the 2021 Exhibitors’ Grand Prize at the EPHJ Show, as well as the ISO 13485 certification which will allow it to affirm its diversification in medical technologies.

Well-known exhibitors from Siams, EasyDec and Tectri will be there for the first time under the Acrotec banner while it will be a real first for the company AFT Micromécanique, expert in the precision machining of parts for the medical industry. The Courgenay company WatchDEC, a specialist in very high precision and high complexity machining for watchmaking, will also be present.

Finally, the Neuchâtel based company, Petitpierre will present its street lighting machine. This semi-automatic equipment is intended for road deformation adjustment controlled by the center pinion.

For the first time in its history, Acrotec will be present at SIAMS, from April 5 to 8, with seven Jura companies from the Group. Meet them at stand A3, Hall 1.2.